Hobby updates (It's been a while)

As the post says it's been a while since I updated the blog. Work and life getting in the way!

But a few work in progress pics to show things are coming along slowly: 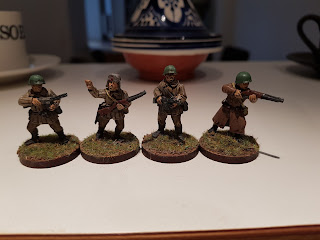 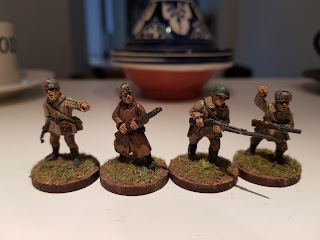 Just need a junior leader to make a full squad

Plus a 4th squad for my Chain of Command late war Germans. An extra squad is a support choice in the Game and I am modelling this one to be an "odds-and-sods" squad made up of Battalion rear-echelon troops who will be used to bolster the main platoon 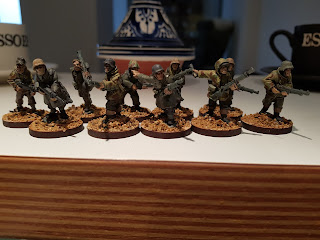 finally some random Napoleonic Prussians from Front Rank because...why not? 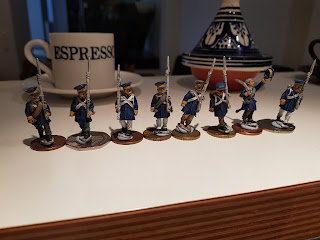 So evidence I am still plugging away at projects.  I have almost finished the Chain of Command project. So this year I'll turn my attention back to Marengo and this year also focus on Games Workshops Necromunda skirmish game.

Posted by Colbourne at 16:30 No comments: